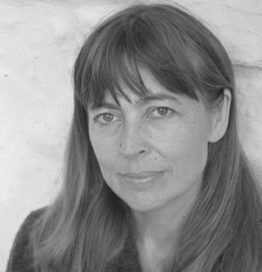 Jay Griffiths is the author of non-fiction works including A Sideways Look at Time which won the Discover award for the best new non-fiction writer to be published in the USA, and Savage Grace, (Wild) which won the inaugural Orion Book Award was shortlisted for both the Orwell prize and a World Book Day award; A Country Called Childhood and Tristimania: A Diary of Manic Depression. Her work examines a variety of subjects including the politics of time; the essential wildness of the human spirit; indigenous philosophies; birdsong; the alt-right; folk tales; madness and metaphor; enclosures ancient and modern; and the mindedness of the natural world. Her overarching subject is language itself, wise, lively and wild. Her fiction includes Anarchipelago, a homage to the mischief of the anti-roads movement, and A Love Letter from a Stray Moon (with a foreword by John Berger), a fictionalised autobiography of Frida Kahlo, and a tribute to the defiance at the heart of art. She was the recent Hay Festival International Fellow and has written for Radiohead’s newspaper, for the Royal Shakespeare Company, for the Guardian and Orion magazine.