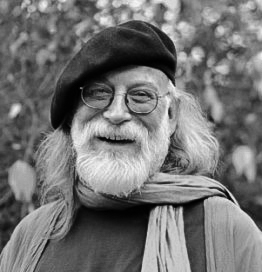 Stephen Harrod Buhner has been called both an Earth poet and a bardic naturalist by those who have heard him speak. He is the author of 20 works of nonfiction and one book of poetry. For over 30 years, until semi-retirement in 2015, he taught throughout the US, Canada, and the Western European Isles. Stephen’s work has focused deeply on breaking new ground in the understandings of the states of mind necessary for sustainable human habitation of Earth, Gaian dynamics, plant function in ecosystems, and sophistications of herbal medicines in treating emerging and chronic infections. He is a tireless advocate for the reincorporation of the exploratory artist, independent scholar, amateur naturalist, and citizen scientist in American society – especially as a counterweight to the influence of corporate science and technology. His most recent books are Plant Intelligence and the Imaginal Realm (Inner Traditions, 2014) and Healing Lyme, revised second edition (Raven Press, 2015).