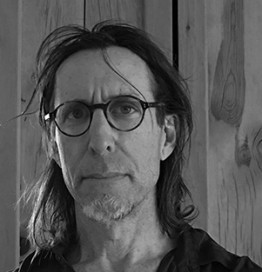 David Abram — cultural ecologist, geophilosopher, and performance artist — is the author of Becoming Animal: An Earthly Cosmology, and The Spell of the Sensuous: Perception and Language in a More-than-Human World. Hailed as “revolutionary” by the Los Angeles Times, as “daring” and “truly original” by Science, David’s writings have catalyzed the emergence of several new disciplines, including the burgeoning field of ecopsychology.

His work engages the ecological depths of the imagination, exploring the ways in which sensory perception, poetics, and wonder inform the felt relation between the human animal and the animate earth. David’s essays on the cultural causes and consequences of environmental disarray are published in numerous magazines, scholarly journals, and anthologies. He is a recipient of the international Lannan Literary Award for Nonfiction, as well as fellowships from the Rockefeller and the Watson Foundations; David recently held the international Arne Naess Chair in Global Justice and Ecology at the University of Oslo. Director of the Alliance for Wild Ethics (AWE), David lives with his two children in the foothills of the southern Rockies.